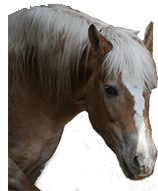 I picked Willie up on March 20th, 2016 (on his 17th birthday) from Whispering Hearts Horse Rescue Centre.

He is quite a bit overweight, had foundered, and is blind in one eye. And, he is beautiful.  He is friendly, playful, curious, and affectionate. He is an escape artist and loves to explore and chew just about anything. In other words, he's a Haflinger

Good grief, where does the time go?

It's almost been a year since Willie bulldozed his way into my home and heart. As you may remember, Willie came foundered and severely overweight.

All in all, he shed around 300lbs from when he first arrived at Whispering Hearts Horse Rescue; 100lbs during the month spent there and another 200lbs since, with me. For the past 3 months or so, I am not doing anything special for him anymore and his weight is stable. One big scoop of Purina Optimal (he's come to almost like it, btw.) and 1/2 - 3/4 bale of hay. His feet are awesome! We have gone to smaller, regular shoes in the front only and, if everything remains as is, will try him without shoes, come spring and softer ground. My farrier is thrilled with his progress and recovery.

After the 1 Year mark 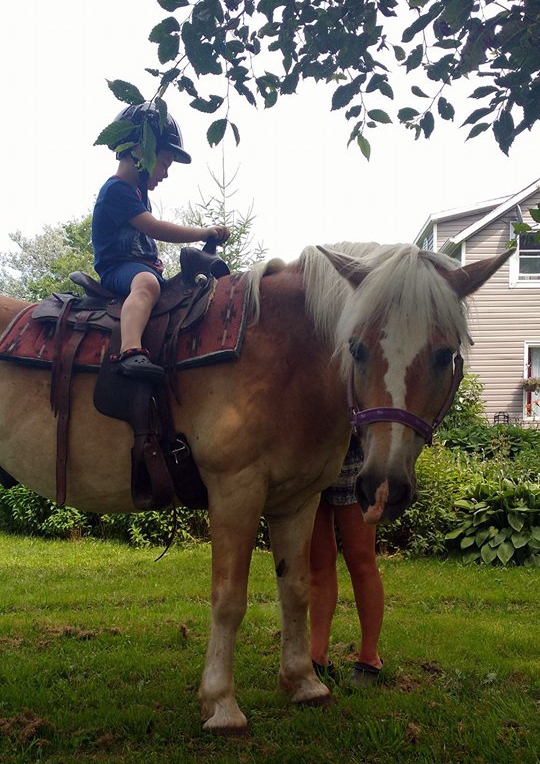 In the past year, he has lost 300lbs and his feet have recovered beautifully. He's been witout shoes now for nearly 2 months.

Basically, the weight loss was achieved by somewhat restricting food intake and increasing exercise. Sound familiar? ? He's not on any sort of regimen anymore... a little grain (more like a treat) and free choice hay... that's it. Of course, Tika is alpha, so Willie's share tends to be a little less. I do believe that he is feeling so much better... he does much running and bucking and general fartin' around ?

Almost at the 2-month mark

Ok. So, I have to brag for just a minute here

In 8 weeks with me, Willie has lost about 120lbs. The weight tape went from 1288lbs to 1132lbs - the crest on his neck went from 121cm circumference to 118cm. He's had 2 trims in the back and one trim in the front. The next farrier visit is scheduled for next week; back trim and front shoe replacement.

We also had another (very short - on account of that lovely Spring weather) ride today and I'm not sure what happened between last time and today; we had beautiful halts today and wayyyyy better back ups. Thank you, I'll take it!

Oh my, has it been that long already?

I measured Willie tonight, and the weight tape now sits at 1132lbs. Again, I don't think that's accurate... but it sure is less than 1288, six weeks ago. He wouldn't hold still long enough for me to measure his neck again.

So, in the past couple of weeks, we've ridden twice, lost a shoe, had 2 trims (and shoes put back on), and got to know each other a little better. Working through a bit of attitude in the round pen, as well as just snuggling in his stall. He's quite the cuddle bug.

All in all, things are going well... he has finally resigned to drink the water, too. Outside and inside. Phew.

Again, I'm sure the weight isn't accurate but the weight tape around his girth has gone from 1288lbs to 1252lbs and measurements around the crest on his neck have gone from 121cm to 120cm. Little by little. We have also started some work in the round pen and I'll be trying a saddle on him today. That'll be the first time I crawl up on a horse since January. I hope he will be gentle with me

Last night, I found out that Willie's registered name is "Hawthorne William". Today, I  found out a little more.

Would you care to venture a guess as to where Hawthorne Farms was located (they are no longer in operation)? In Sheguindah First Nation Territory - on Manitoulin Island

Hawthorne Farms was one of the most reputable and prominent Haflinger breeding farms in Northern Ontario for sure, if not Ontario overall.

So, it really is no wonder that he walked in here as if he knew the place - Willie has come full circle. He was born a short 1/2 hour drive away from his current and forever home.