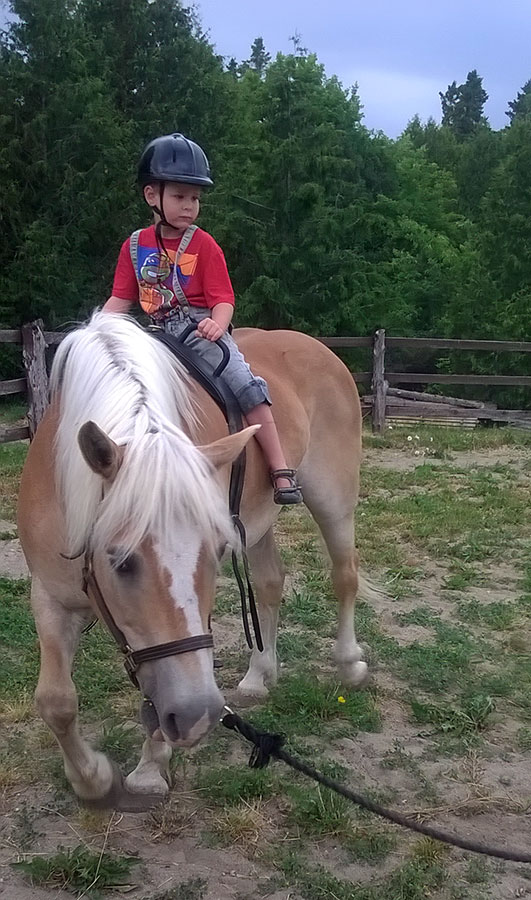 Remember, how we started out at 1288lbs on the weight tape? We're at 1052lbs now. With the roughly 100lbs lost before he got here, it is safe to say, that the butterball has lost well over 300lbs in total. Gonna start calling him slim Jim :)

He is doing very well, all around. We were able to go to smaller shoes already; his back feet are about half the size they were when he arrived. A couple of months ago I added AniMed Remission to the feeding routine. Willie still gets about a 3/4 bale of hay a day, and just enough Optimal to get the Remission into him. He's not fond of it, anyways.

Other than being miffed about his grain, he is a happy-go-lucky little fella, loves to snuggle, and is tolerant of the grand peanuts. Both the boys had their maiden voyage on Willie and he seemed quite unphased.